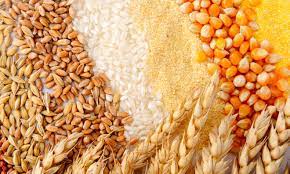 NFSM-Nutri Cereals is being implemented in 212 districts of 14 states.

The Union Minister of State for Consumer Affairs, Food and Public Distribution, Sadhvi Niranjan Jyoti in a written reply to a question in Lok Sabha shared that the Government has planned to increase millets production and annually fixes target for the millet production. The crop-wise, state-wise and season-wise target of Nutri-Cereals for the year 2022-23 is annexed. For increasing the production of Nutri-Cereals under National Food Security Mission (NFSM) programme, the NFSM-Nutri Cereals is being implemented in 212 districts of 14 states. Under NFSM, assistance is given through state governments to farmers for interventions like cluster demonstrations on improved package of practices, demonstrations on cropping system, distribution of seeds of High Yielding Varieties (HYVs)/hybrids, improved farm machineries/resource conservation machineries/tools, efficient water application tools, plant protection measures, nutrient management/soil ameliorants, processing & post-harvest equipments, cropping system based trainings to the farmers etc.

The mission also provides support to Indian Council of Agricultural Research (ICAR) & State Agricultural Universities (SAUs)/Krishi Vigyan Kendras (KVKs) for technology back stopping and transfer of technology to the farmer under supervision of Subject Matter Specialists/Scientists. The research organisations are supported for undertaking research projects that can help enhancing production and productivity of food crops.

NFSM-Nutri Cereals is being implemented in 212 To promote shipment of nutri-cereals, the Ministry of Commerce and Industry through its apex agricultural export promotion body, Agricultural and Processed Food Products Export Development Authority (APEDA) has prepared a comprehensive strategy to promote Indian millets exports across the globe commencing December 2022.

The millets export promotion programme comes at the backdrop of the proposal of India that was supported by 72 countries which lead to the United Nations’ General Assembly (UNGA) declaring 2023 as International Year of Millets (IYoM). The government is currently organising IYoM-2023 at domestic and international level to popularise Indian millets as well as its value-added products across the world and make it a peoples’ movement.

For exports of Indian millets’ promotion, centre has planned to facilitate participation of exporters, farmers and traders in 16 international trade expos and Buyer Seller Meets (BSMs). As per the government’s robust strategy to promote millets, Indian missions abroad would be roped in branding and publicity of Indian millets, identification of international chefs as well as potential buyers such as departmental stores, supermarkets and hypermarkets for organising B2B meetings and direct tie-ups.

India’s top 5 millet producing states are Rajasthan, Maharashtra, Karnataka, Gujarat and Madhya Pradesh, while the share of export of millets is nearly 1 per cent of the total millet production. Exports of millets from India include mainly whole grain and the export of value-added products of millets from India is negligible. However, it is estimated that the millets market is set to grow from its current market value of more than $9 billion to over $12 billion by 2025. India’s major millet exporting countries are U.A.E, Nepal, Saudi Arabia, Libya, Oman, Egypt, Tunisia, Yemen, the UK and the USA. The varieties of millets exported by India include Bajra, Ragi, Canary, Jawar, and Buckwheat.

Millets market set to grow from