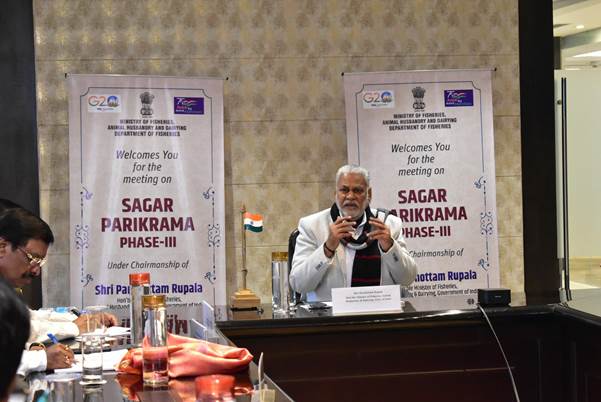 Department of Fisheries under the chairmanship of Parshottam Rupala, Union Minster of Fisheries, Animal Husbandry and Dairying (MoFAH&D), Government of India, organised the planning meeting for ‘Sagar Parikrama’ Phase III in New Delhi. The program was attended by JS (Marine Fisheries), DoF GoI, welcomed all participants and set the agenda for the meeting while Secretary, DoF GoI, summarised the last two programs and highlighted that key activities such as completion and upgradation of harbours, promotion of artificial reefs etc should be promoted amongst fishermen communities.

Shri Parshottam Rupala, Union Minister, MoFAH&D launched the Marathi version of the “Sagar Parikrama Song”. Further, he thanked all participants for joining the meeting, share their thoughts and determine to make the program a success.

Phase III program of ‘Sagar Parikrama’ is being organized in the state of Maharashtra and a tentative plan was proposed by the state officials. The program locations and dates were deliberated upon by the officials as per weather suitability and other influencing factors. Plausible options for locations to hold rallies, site visits, house visits etc were discussed. The state officials also put forth on-ground challenges that they maybe posed with during preparation of the program for discussion and guidance by the leadership.

The meeting is a planning meeting that aimed to kick-start the event planning along with understanding on-ground challenges and stakeholder expectations. The interactions aim to resolve the issues of the fishers and other stakeholders and facilitate their economic upliftment through various fisheries schemes and programs being implemented by the Government of India such as ‘Pradhan Mantri Matsya Sampada Yojana’ (PMMSY), KCC and FIDF.

BAL acquires registration for manufacturing of Cyhalofop-Butyl herbicide in India 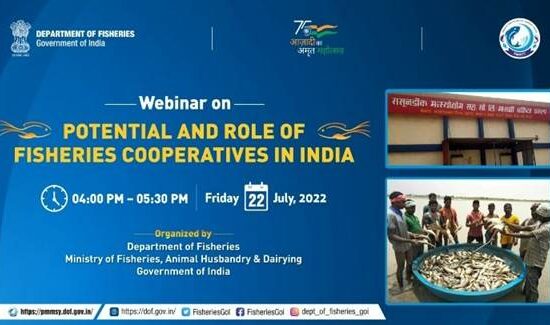 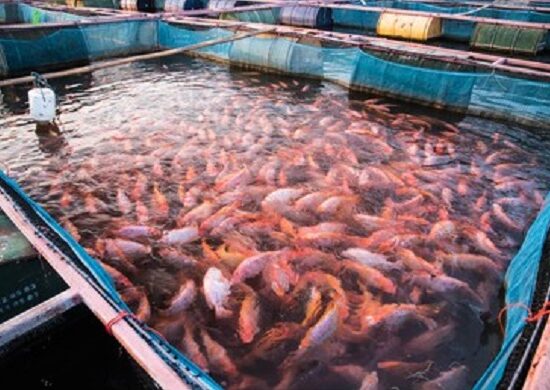 Department of Fisheries organises webinar on tech in aquaculture